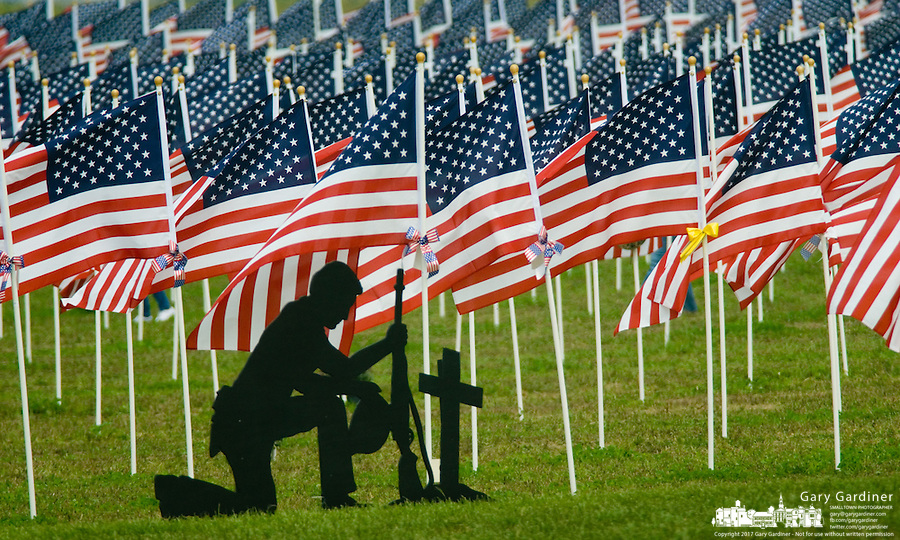 A silhouette of a soldier kneeling at a gravesite sits at the edge of a field of 3,000 flags installed in a wheat field in Maria Stein, Ohio, Monday, September 11, 2006. The display was erected to honor military, police, fire fighters, and emergency workers on the anniversary of the attacks on the World Trade Center and Pentagon in 2001.