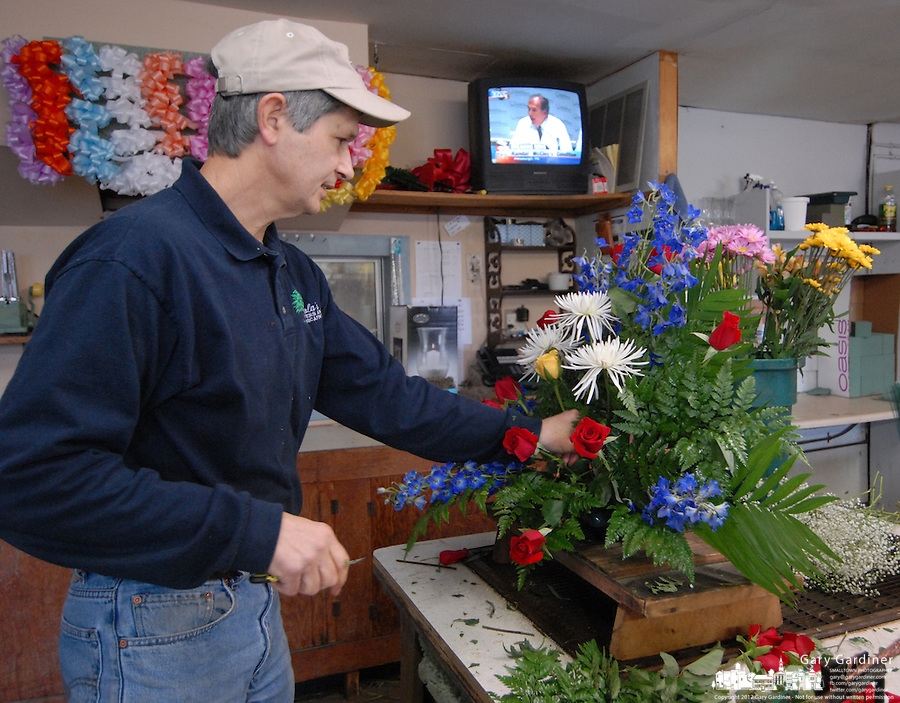 Florist David Feola in Buckhannon, WV, prepares an arrangement Friday, Jan. 6, 2006, for a funeral service for one of the miners killed in a mine explosion Monday at a mine in Sago as a television news report talks about the status of the only surviving miner whop's in a Pittsburgh, Pa. hospital. Twelve miners died in the explosion. (Photo by Gary Gardiner)