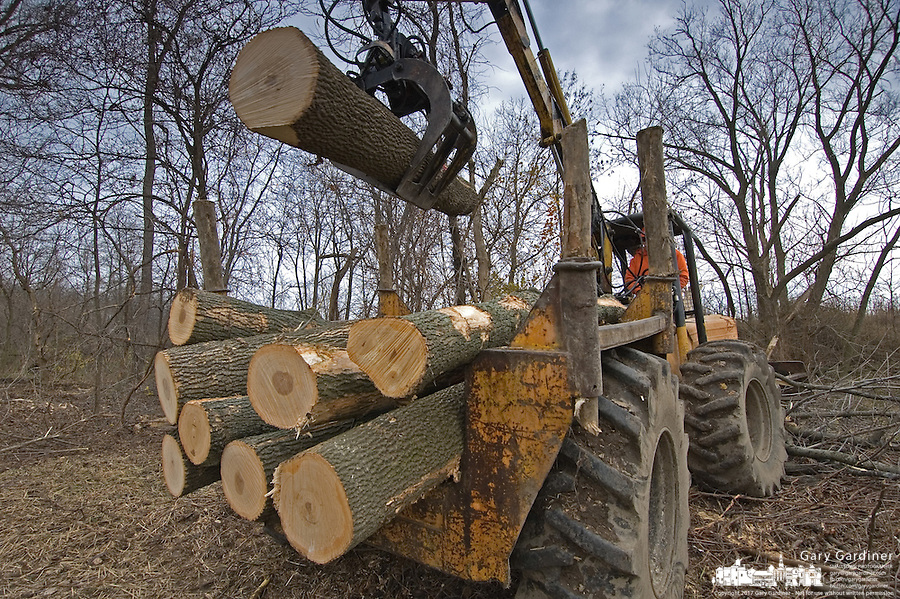 An ash tree is removed from a forest near Toledo, Ohio, where the ash borer beetle was found. The trees are being destroyed by the ash borer beetle, an invasive species of beetle thought to have brought into the country from China in wooden pallets used to carry imported goods. The beetle kills the trees by boring under the bark. ..